How to select solar panels from different types?

How to select solar panels

Currently, the conversion efficiency of monocrystalline silicon solar cell is about 15% to a maximum of 24%, which is the highest in all kinds of photoelectric conversion efficiency of solar cells, but its production costs is too high to be used widely in most of conditions. As monocrystalline is usually encapsulated by silicon glass and waterproof resin, it is very rugged with service life in general up to 15 years, or even to 25 years. 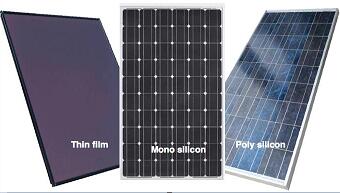 Multi-compound solar cell refers to solar cells made of more than one single element of semiconductor materials. Nowadays, there are lots of studies worldwide, yet most of then have not been put into industrial production, mainly in the following categories:

What is Solar LED outdoor light?

How Much Do You Save by Using Solar Panels?